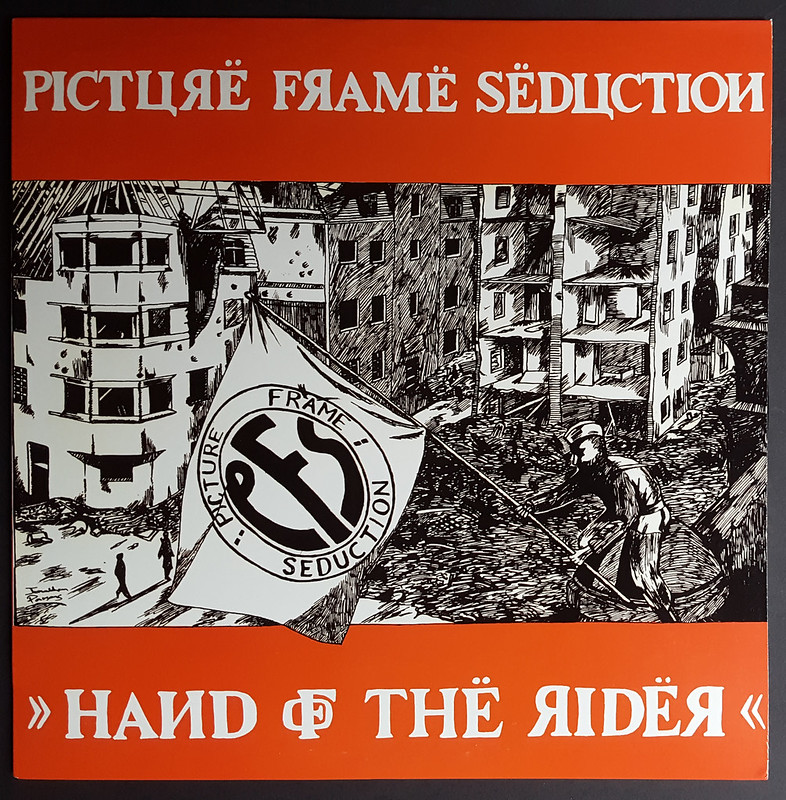 When I started looking at music connections to Haverfordwest and Pembrokeshire I found mention of a punk band called ‘Picture Frame Seduction’.  Although I had never heard them, I remembered the band name from years ago as Steve Parkin, a good friend of my oldest brother, was in the band. Wikipedia tells me he was the bassist from 1984-87.

‘Picture Frame Seduction’ still continue to play and record with original member Keith Haynes and in 2012 their 1985 album ‘Hand of the Rider’ was reissued on vinyl. I found a copy through Discogs.

I asked my brother if he had any original vinyl from the time and he found me this compilation, it is badly warped but will still play (sort of). 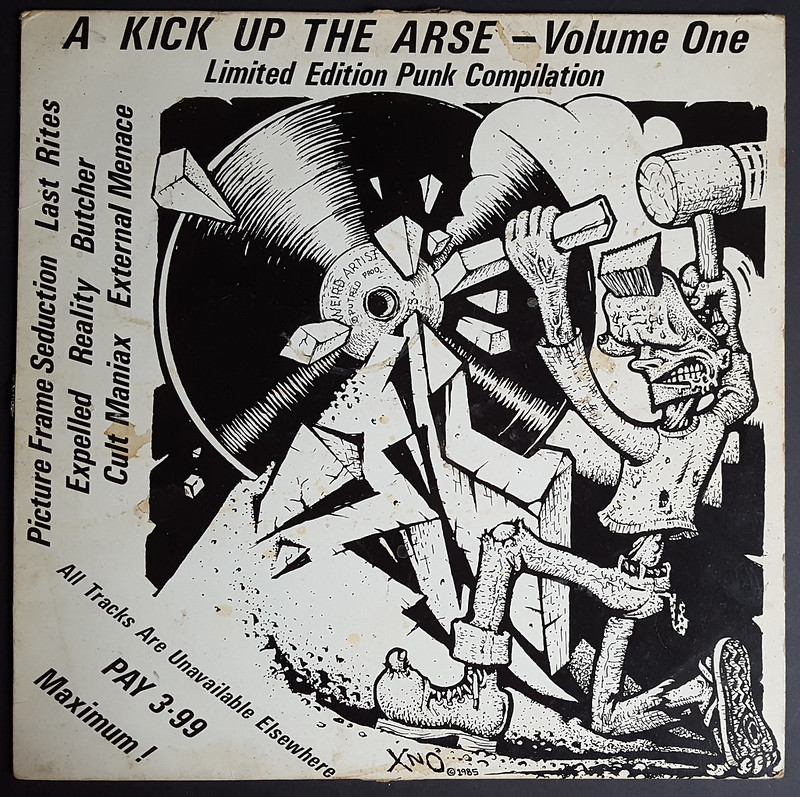