6.30pm on Tuesday 13th August I’ll be playing some sounds in Llanina church with the lovely Deuair – Elsa Davies and Ceri Owen Jones.  I made this short video with them a few years back.

The video was filmed in Elsa’s grandparents old house just outside New Quay.  When I described the place to my mum she told me that she knew the place and had been there when her and my dad were moving to our house in Gilfachreda, that they had arranged a private mortgage with the seller and had to visit their home in Pentregarth to sort it out.  That would have been Elsa’s grandparents and the house we moved to was called Dolau. 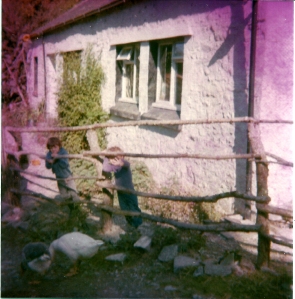 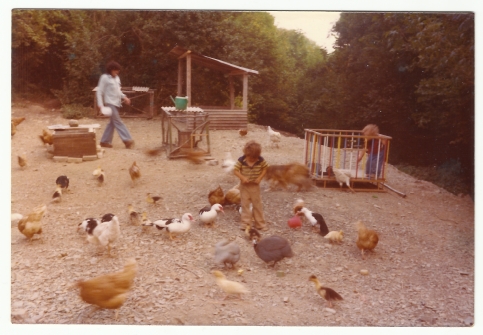 Llanina church and woods is just not far from the village of Gilfachreda.

When I was young we used to go and collect conkers from the woods there, home to some of the best horse chestnut trees in the area.  It was a favourite place to walk as it has all you could want on a walk – woodland, ruins, a stream, a mansion, a churchyard and a beach!

In 2012 I was invited to make some work for an exhibition in Aberystwyth on a theme of climate change.  Thinking on my family and our journeys and impact on my local environment I decided to make a series of recordings between New Quay and Aberystwyth and included Llanina as a connecting point to my dad whose ashes were scattered at Llanina.

For pretty much all of my childhood my dad would travel daily to work in Aberystwyth, sometimes driving, sometimes car sharing with work colleagues, for financial not environmental reasons.  I too, for all my years of secondary school regularly traveled by bus up the coast to Aberaeron.  So for the exhibition I combined field recordings made in New Quay, Llanina, Aberaeron and Aberystwyth with vinyl records related to music from Aberystwyth and sounds of the Welsh countryside.  I also included the voices of the other artists exhibiting and fragments of some of their work.  Below is the recorded work and the writing from the exhibition.

The work is composed from various recordings made by myself and the other artists involved in the ‘predicting a climate archive’ exhibition. The primary sound source is a recording made at Llanina, treated in different ways within the work. One instance is created through repeated saving as MP3 and re-saving creating compression artifacts within the audio, adding rhythms and peculiarities which are enhanced by normalising, time-stretching, pitch-shifting and filtering. The corruption of the data through transfer, compression and conversion reflects the potential distortion allied to the continued updating of archival practice.

Familiar natural sounds emerge combined with fragments of vinyl records introduced by an electronic voice reading it’s database entry, while voices of the other artists discussing issues, ideas and intentions surrounding this installation create a connection to current daily activity in the area. Submerged within other sounds, they occasionally surface, displaced and out of time they could be anywhere.

(Additional turntables place sounds used within the composition, and other local recordings, in discrete locations in the space allowing the visitor different listening experiences according to their position.)

I am currently working on some new work for this gig in Llanina next week using field recordings from the area, a cassette of my mum reading tarot, some trombone recorded on the beach, music relating to my Uncle Dave (session musician and Black Lion denizen), and a number of locally connected vinyl records. 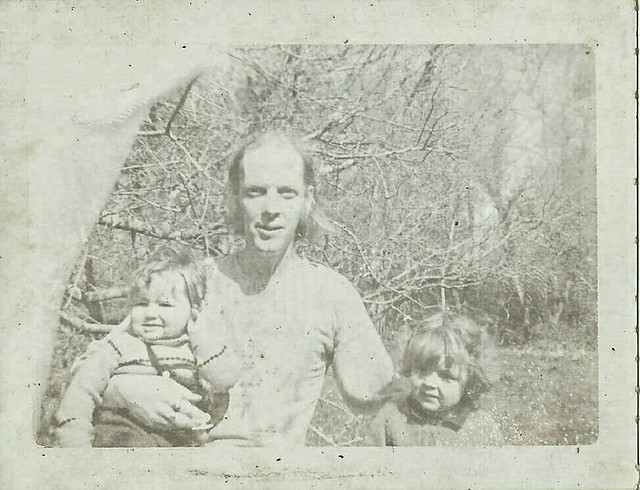 Me & my brother with Uncle Dave

One thought on “Sounds at Llanina”